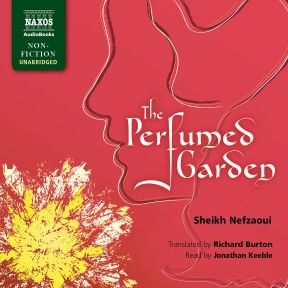 There have been other times when the public has endorsed such kinds of literature. The free licentious ways of 18th-century England allowed novels such as Henry Fielding’s Tom Jones to emerge in 1749 at virtually the same time as John Cleland’s much more untrammelled Fanny Hill, which was published in 1748. Of course, Fielding is literary in his suggestiveness, while Cleland pulled few punches, had fewer literary pretensions and was duly prosecuted for ‘corrupting the King’s subjects’.

It was unknown
in the West
until the bold,
characterful
and highly
intelligent
linguist and
explorer
Richard Burton
first translated
it in 1886

Jump forward a couple of decades and we come to the start of the Marquis de Sade’s unpleasantly violent oeuvre, which put the spotlight on another corner of mankind’s fascination with lascivious activity. Of course, neither the activity, nor the recording of it was new. It was only as a result of his writings that a name was given to it: sadism.

True pornographic material, often raw and basic, has surfaced in every age. Underneath the covers of Victorian England, there was a wealth of the stuff, led, perhaps, by My Secret Life.

How far away this all is from the open enjoyment expressed by the two great classic erotic texts of the East: the Kama Sutra, from the Indian yogic tradition, and The Perfumed Garden, from the Arab tradition. They are very different, of course. For a start, the Kama Sutra is much older, dating from somewhere between the 4th and 2nd century BCE, while the Perfumed Garden was written some two millennia later, between 1410 and 1434 CE. Again, the Kama Sutra is far more didactic in tone and detailed in instruction, going into considerable physical detail worthy of any Hatha Yoga book. On the other hand, The Perfumed Garden mixes commentary and advice with entertaining and stimulating stories, which lighten the reading pleasure.

It was unknown in the West until the bold, characterful and highly intelligent linguist and explorer Richard Burton first translated it in 1886, and it is this translation that is used here. His language has grandeur with wit – an engaging combination – and he navigates deftly through the intimate, the sly, the informative and the instructional with a lightness of touch. Though an Arabist (most famous for going disguised to Mecca and producing an attractive translation of One Thousand and One Nights), he used, as his source material, an Arabic copy of The Perfumed Garden, which had been printed in France and was unfortunately (probably for reasons of propriety) incomplete. Some sections, including those to do with homosexuality, were missing. Towards the end of his life, Burton worked again on the text, but, incomplete at his death, the work was lost when his wife burnt many of his manuscripts.

Nevertheless, the essence of Sheikh Nefzawi’s work is here. Nefzawi’s name indicates that he came from the Berber tribe of that name based in southern Tunisia, and it became widely known throughout the Arab world. Its tone is not weighted by moral observances but by practical enjoyment – intimate details of sex are considered in terms of pleasure, not guilt. Also to be noted is the high importance given to mutual pleasure between the man and the woman, as the text moves from advice on complicated positions to the stories of handsomely endowed Dorérame and his sorties into the women’s quarters of the palace.

Would this text stand up to the kind of scientific scrutiny that we have been accustomed to throughout the 20th and 21st centuries? What would our research scientists make of Sheikh Nefzawi’s analysis of different vulvas, such as El deukkak (the crusher) or El tseguil (the importunate)? Or how about his ‘prescriptions for increasing the dimensions of small male members and making them splendid’ (some of which involve anointing with ginger and honey, or potions of mixed pepper, lavender, galanga and musk)? Then again, for heightening a man’s strength, there is much that can be done beforehand in the kitchen by eating asparagus fried in fat with yolks of egg poured over it. Have these recipes been put to the test in the 21st-century laboratory? If not, why not? Is modern medication just too easy a solution?