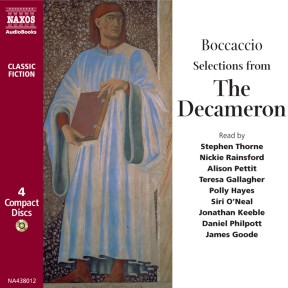 Selections from The Decameron

Here are sixteen tales from one of the great works of the Middle Ages. Ten young people have fled for a while the terrible effects of the Black Death in Florence and, in an idyllic setting, tell a series of brilliant stories, by turns humorous, bawdy, tragic and provocative. This celebration of physical and sexual vitality is Boccaccio’s answer to the sublime other-worldliness of Dante’s Divine Comedy… 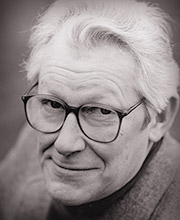 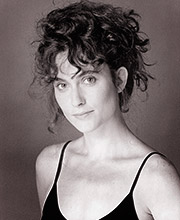 Nickie Rainsford ’s stage work has centred mainly on new writing from experimental theatre touring the UK and South America, to Tom Stoppard’s Indian Ink in London’s West End. She has also appeared in many radio plays for BBC Radio. TV appearances include Kate in Tiger Bay (BBC) and Edeka, Queen of the Huns in Attila (American TV networks). 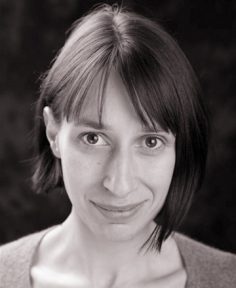 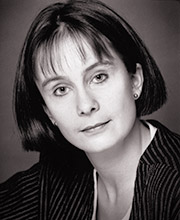 Siri O’Neal has appeared on stage across the country in various roles including Jean in The Entertainer, Hilde in The Master Builder and Tess in Tess of the D’Urbervilles. She has been seen on TV in Sharpe’s Battle, The Cloning of Joanna May and Masterclass and her film credits include Waterland and The Rachel Papers. 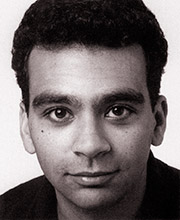 The Decameron is one of the greatest literary works of the late Middle Ages, and perhaps of all time. Its influence even within Boccaccio’s own lifetime was immense, extending (for example) as far as Chaucer in England, and it was not long before his reputation rivalled that of his sublime predecessor in Italian vernacular writing, Dante himself: indeed, it is a critical commonplace to regard the Decameron as a kind of prose secular equivalent of the Divina Commedia – where Dante chose to set human life in the context of eternity, Boccaccio sought to celebrate the pleasures of this world.

The Decameron, as its name suggests, is a collection of one hundred prose tales, many of them only a few pages long but including a small number of more substantial and sometimes serious narratives. Boccaccio provides a framework for the telling of these tales by imagining a situation in which ten young people find themselves together for a period of ten days, and agree to pass the time by each recounting one story on each day. What lends this simple framing device such extraordinary power, however, is the context out of which this situation arises: Boccaccio had himself witnessed the terrifying effects of the Black Death on Florence, which it visited in 1348, and he begins the Decameron with a justly famous description of his city withering under the onslaught of the disease. The details are spelt out with a masterly blend of objective reportage and restrained compassion, and at the end of this introduction he brings in his seven young ladies. They meet in the church of Santa Maria Novella and agree to leave Florence for a stay in the countryside – itself not spared by the plague, but at least offering a change of air and a respite from the claustrophobic terrors of the city. By chance, three young men with whom the women are acquainted enter the church, and the women propose to them that they should join them on their rural sojourn. The plan meets with general approval, and so the mechanism of the narrative(s) is set in motion. One might note at this juncture the scrupulous care with which Boccaccio insists on the propriety of relations between the young people: this is particularly amusing when one considers the extreme, even obscene, directness of many of the tales told by these impeccably brought up young people. This tension between seemliness and bawdiness creates a delightful frisson as the work unfolds.

When the young people arrive at the first of the idyllic places in which they stay – they move their residence twice more during the ten days – they agree to the story-telling scheme, and appoint a Queen or King to direct them on each day. Each day, too, will have a theme to which the tellers must adhere – the theme for Day Three, for example, concerns ‘people who, by virtue of their own efforts, have achieved an object they greatly desired, or have recovered a thing previously lost.’

Listeners will probably discover here tales that they are already familiar with in another form – lovers of Keats’ work, for instance, will know the story of Isabella, or the Pot of Basil, and will find it here as the Fifth Tale of the Fourth Day. Chaucer uses in The Canterbury Tales the last story of the Decameron as The Clerk’s Tale, while The Reeve’s Tale is very similar to the Sixth Tale of the Ninth Day. We should not be surprised by this: throughout the Middle Ages and well into the Renaissance, writers were accustomed to reshaping other writers’ material, or borrowing from the rich tradition of folk tales.

What Boccaccio’s stories have in common is an extraordinary zest for life as it is lived on the physical level: morality is not exactly absent, but it almost always plays second fiddle to a joyous acceptance of life and appetite. Life is transitory and fragile, and had best be seized upon with gusto, ingenuity and humour. Boccaccio is also splendidly on the side of inherent quality rather than snobbish regard for class and ‘breeding’: one has only to listen to the First Tale of the Fourth Day, in which an incestuously jealous father has his daughter’s supposedly ‘inferior’ lover put to death, to realise the energy with which Boccaccio exposes the cruel folly of judging our fellows by caste. Feminists will also be delighted by the feisty Madonna Filippa’s brilliant and successful defence of a woman’s sexual rights in the Seventh Tale of the Sixth Day. There is, then, something startlingly modern about The Decameron, even as it also paints a brilliantly vivid picture of late medieval life in Italy.

Giovanni Boccaccio was born in Florence in 1313. Well educated, he worked for a time for his father, a successful merchant, but his real love was literature. This he developed during his time in Naples. He returned to Florence in 1340, where he witnessed the horrors of the Black Death in 1348. He first met Petrarch in 1350, and became both his friend and, by his own admission, his disciple. Among his works other than the Decameron are: Filostrato, a treatment of the story of Troilus and Cressida; Teseida, a poem on the story of Theseus, Palamon and Arcite (see Chaucer’s Knight’s Tale); and the Amorosa Visione, an unfinished allegory. Boccaccio died in 1375.