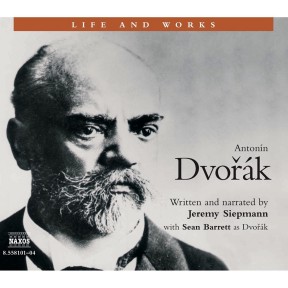 One of the best loved composers of all time, Dvořák rose from rural origins to become not only a great but an influential composer. The first composer to put his native Bohemia on the musical map of the world, he was invited to do the same for America. One result was the famous ‘New World’ Symphony, which made him a household name across the globe. Writing music of irresistible colour, lilt and peasant vitality, he was also a melodist-in-a-million. This portrait-in-sound follows a lovable and in many ways a very simple man from haycart to imperial palace, from tragic loss to heart-warming joy, to pigeon-raising and world celebrity.