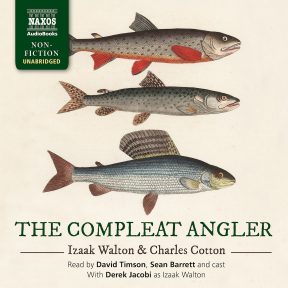 ‘As no man is born an artist, so no man is born an angler.’ Izaak Walton’s The Compleat Angler, long considered the bible of fishing, is a joyful celebration of the English countryside and the relaxed and reflective lifestyle of the devoted fisherman. Through dialogue between teacher and student, the book sheds a unique light on fishing, baiting and cooking, including an original recipe for trout. Its music, rhymes, poetry, and humour are all brought to life by a full cast. As winding as a quiet brook and as bountiful as a bursting riverbank, The Compleat Angler is essential listening for any outdoors enthusiast. 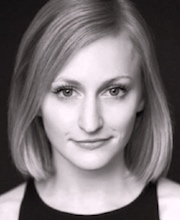 Carly Bawden’s theatre credits include wonder.land (National Theatre); McQueen (Haymarket Theatre); Assassins (Menier Chocolate Factory); My Fair Lady (Sheffield Crucible), The Lion, the Witch & the Wardrobe (360 Theatre, Kensington), and various productions for Kneehigh Theatre. Her television work includes Close to the Enemy and Doctors, and her radio credits include Journey in Red Shoes; The Colour of Milk; The Verb, Black Dirt; The House in the Trees; Glass Eels. 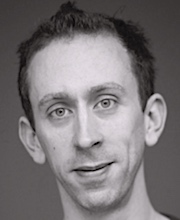 Steven Blakeley trained at the Royal Conservatoire of Scotland. His extensive theatre credits include The Rondabout (Park Theatre), Heartbeat (National Tour), Boeing Boeing (The Mill at Sonning) and The Private Ear and the Public Eye (National Tour), as well as various productions for Derby Live, the British Shakespeare Company and Theatre Royal Windsor. His television credits include Doctors, Holby City, Emmerdale and Heartbeat, where he was a regular for five series.

Leighton Pugh trained at LAMDA, after studying Modern Languages at Queen’s College, Oxford. He has previously recorded audiobooks for Penguin, HarperCollins, Macmillan, Random House, Hachette and Quercus. Radio work includes the plays Murder by the Book and Scenes from Provincial Life for BBC Radio 4 and the voice of Heinrich von Kleist in the BBC Radio 3 documentary The Tragical Adventure of Heinrich von Kleist. From 2010–11 Leighton was in four productions at the National Theatre, including The Habit of Art and A Woman Killed with Kindness.

Escape an uncertain world by listening to David Timson and a talented cast brilliantly recreate the fishing classic The Compleat Angler, published in 1653. Never mind if you don’t fish: it’s a vivid window into 17th-century life, stuffed with natural history (kingfishers’ nests of woven fishbones, frogs blinding pikes with their front toes) and recipes for such delicacies as minnow tansies (‘fried with yolk of eggs, the flowers of cowslips and of primroses, and a little tansy’). There are also fishy poems by George Herbert and John Donne, as well as folk songs sung to the lute with a flourish. Izaak Walton wrote the book as a performance. It takes the form of a walk from Tottenham (in what is now north London) up the Lea Valley. He makes friends on the way and stops off to listen to milkmaids caroling and refreshing themselves with much cheer at the Thatched House at Hoddesdon. This has to be one of the best audiobooks so far.