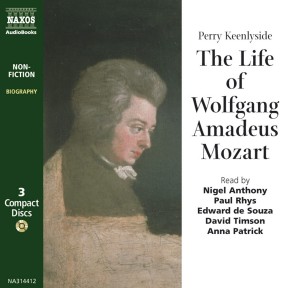 The Life of Mozart

This is the poignant and compelling story of perhaps the most naturally gifted musical genius of all time. Copiously illustrated with examples of his music, it tells of Mozart’s extraordinary childhood travelling the courts of Europe, and of how, after a brief period of fame in Vienna, his fortunes declined until his early death and last resting-place in a pauper’s grave. More than 70 excerpts from the symphonies, operas, concertos and chamber music of Mozart. 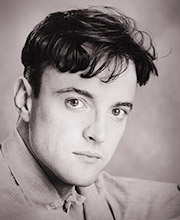 Paul Rhys has worked for the Royal National Theatre in King Lear, Bent and The Invention of Love, and for the Royal Shakespeare Company in Much Ado About Nothing and The Merchant of Venice. He has also performed across the country in plays such as Design for Living and A Woman of No Importance. His film work includes Chaplin, Little Dorrit and Vincent and Theo and his TV credits include A Dance to the Music of Time and Kavanagh QC. 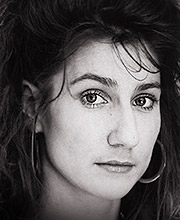 Anna Patrick has worked for the Royal Shakespeare Company, Open Air Theatre, Theatre Clwyd and the Royal Court, in productions such as Lady Windermere’s Fan, The Duchess of Malfi, Othello, A Midsummer Night’s Dream and As You Like It. Her TV credits include Inspector Morse, South of the Border and She’s Out and she has appeared in the films Othello, A Short Cut and A Little Loving.