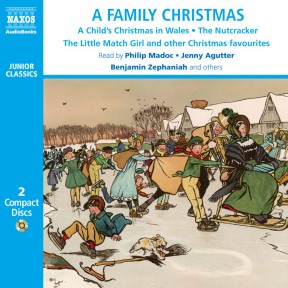 The tree, the fireside, the candles, the presents and the festive food may be the main features of the traditional Christmas, but so were the stories, the poems, and the traditional tales. Here, is a delightful confection of Christmas texts: the story of The Nutcracker told with Tchaikovsky’s immortal music, Dylan Thomas’ A Child’s Christmas in Wales, as well as nineteenth and twentieth century poems and the always affecting tale of The Little Match Girl. An enchanting collection for those family Christmas evenings. 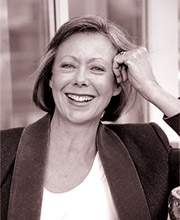 Jenny Agutter began her performing life as a ballet dancer in the Walt Disney film Ballerina but she rose to fame in the television production and subsequently the film of The Railway Children. Since then her film credits have included The Eagle Has Landed, Equus, An American Werewolf In London and most recently Marvel’s The Avengers and Captain America: The Winter Soldier. She has been equally active in the theatre in varied roles for the RSC, Royal National Theatre and on Broadway. Other TV credits include Red Dwarf, Spooks, The Invisibles, Monday Monday and Call the Midwife. She also reads Jane Austen’s Pride and Prejudice and Frances Hodgson Burnett’s The Secret Garden for Naxos AudioBooks. 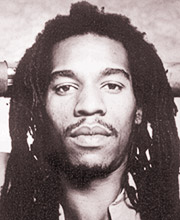 Benjamin Obadiah Iqbal Zephaniah was born and raised in Birmingham. His poetry is strongly influenced by the music and poetry of Jamaica and what he calls ‘street politics’. He has read all around the world, from Argentina to Palestine, in prisons, theatres, youth clubs and demonstrations, taking poetry to those who don’t read books. He has released several records. 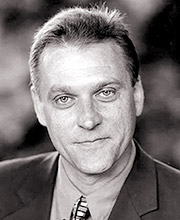 Christmas comes but once a year, yet its impact on our lives, Christian or not, is immeasurable. It may have supplanted pagan end of year rituals but this is fairly irrelevant now. Whether greater prominence is given to The Christmas Story according to Matthew, Mark, Luke and John, or to Father Christmas and his reindeers, it is certainly a festival that marks the concluding days of the year, and the winter season.

Above all, it is a family event, where children and childhood come into focus. In a family with children, it is the young ones who become the principal focus, with the magic of the symbols – the Christmas tree, the carols, the candles, the presents and the festive dining. Where there are no children, it is, rather curiously, the memories of childhood Christmases that come to the fore, as Dylan Thomas knew so well.

“One Christmas was so much like another, in those years around the sea-town corner now and out of all sound, except the distant speaking of the voices I sometimes hear a moment before sleep, that I can never remember whether it snowed for six days and six nights when I was twelve or whether it snowed for twelve days and twelve nights when I was six.”

Dylan Thomas wrote A Child’s Christmas in Wales in 1955, with a characteristically evocative, yet challenging opening sentence. In it, he recreates the atmosphere of Christmas Past as he remembered, and each one of us will have similar memories of the glitter and the emotions (probably more delightful than they ever were!). For the fortunate, it was (and is!) a time of innocence, plenty, fun, anticipation and excitement.

This collection of stories, poems, and fairy tales presents a very broad view of Christmas from both sides of the Atlantic. It demonstrates how the romanticised, commercialised, view of Christmas began in the nineteenth century, releasing a flood of evocation.

And yet they are delightful.

‘Twas The Night Before Christmas first appeared in the Sentinel, a New York magazine in 1823 – without an author’s name attached. It was later attributed to Clement Clark Moore, a professor of Oriental and Greek literature at Columbia University, though some academics now wonder if he actually did write it.

Its original title was A Visit from St Nicholas. Nevertheless, a copy of the poem in Moore’s handwriting does exist, and was sold in 2006 for $280,000.

No ballet speaks Christmas more than The Nutcracker, written by Piotr Ilyich Tchaikovsky in 1891–2. The enchanting story was based on a fairy tale by E. T. A Hoffman called The Nutcracker and The Mouse King but it was the dramatisation by Alexandre Dumas père that the composer used as the real starting point for his ballet.

Little Clara, her brother Fritz, some sibling jealousy, the giving of presents, including a Nutcracker soldier, and toys that come to life form the basis of the story which Tchaikovsky, at the height of his powers, brings to life in one of his finest scores. He arranged the main numbers into a Suite, which is how many of us first heard The Dance of the Sugar Plum Fairy and the others… but an opportunity to see the whole ballet once in one’s life should not be missed.

Many poets visited the Christmas Story in the nineteenth century. Henry Wadsworth Longfellow, of Hiawatha fame, was one of them, and his The Three Kings tells the story with a fine, upright metre and rhyme.

Many writers used Christmas time as a backdrop to their stories, among them none other than Sir Arthur Conan Doyle in one of his delightful Sherlock Holmes stories. The Adventure of the Blue Carbuncle comes from the first group of stories he wrote, The Adventures of Sherlock Holmes. It is, fittingly, a wild-goose chase through London!

Thomas Hardy also wrote an engaging seasonal story, The Thieves Who Couldn’t Stop Sneezing, very early in his career (1877) for The Father Christmas Annual. One can just imagine the family sitting by the fireside after the big Christmas lunch, and listening as one member of the family read the story – set in the Wessex countryside he knew so well. By this time, he was already making his mark as a writer: one of his greatest achievements, Far From the Madding Crowd was published three years earlier. The Thieves Who Couldn’t Stop Sneezing was probably an enjoyable diversion for Hardy from the serious and much longer novels.

A Kidnapped Santa Claus, however, was very much in the home style of L. Frank Baum, the author of The Wizard of Oz. It is often forgotten that the phenomenon of Harry Potter was not the first remarkably popular world hit in junior literature. The Wizard of Oz (and some of its sequels) also notched up exceptional sales around the world. A Kidnapped Santa Claus, fun fantasy, is actually a sequel to the first novel Baum wrote on the theme, The Life and Adventures of Santa Claus where he charts his hero’s life from being a foundling in the forest to becoming all children’s favourite uncle. The sequel has the advantage of brevity.

The prolific Scottish nineteenth century writer Andrew Lang translated Homer and wrote novels, but he is best remembered now for his collections of books for younger readers, especially his nine volumes of fairy tales named after a colour, such as The Lilac Fairy Book and the Orange Fairy Book. The Story of Frost comes from The Yellow Fairy Book, first published in 1894.

Few winter stories are more affecting that Hans Christian Andersen’s The Little Match Girl. Written in 1848, and strictly speaking a New Year’s Eve story, it showed then and now so clearly that the Christmas holidays do not represent fireside, food and presents for all. It never fails to move, yet somehow avoids serious sentimentality.

Finally, another poem, this time with a contemporary swing, Benjamin Zephaniah (a vegetarian himself) brings a touch of reality to the festivities with Talking Turkeys.