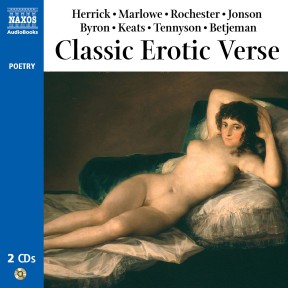 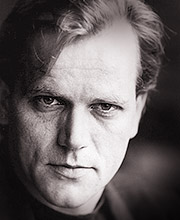 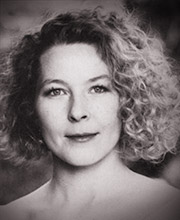 A series of key roles have placed Stella Gonet in the forefront of young British actresses. These included Titania and Isabella for the RSC, Roxanne in Cyrano de Bergerac and Ophelia in Hamlet at the National Theatre.

Rummaging through my poetry collection for something vaguely Valentine-related – Burns, Sonnets from the Portuguese, even Classic FM’S 100 Favourite Love Poems – I came across this. Be warned: soppy hearts and pretty flowers it most definitely isn’t, even if some of your favourite garden-centre poets are here – Wordsworth, for instance, and Herrick, who elsewhere lamented, “Fair daffodils, we weep to see / You haste away so soon”. He’s less preoccupied with horticultural matters here, viz: “I abhor the slimy kiss / Which to me most loathsome is. / Those lips please me which are placed / Close, but not too strictly laced; / Yielding I would have them, yet / Not a wimbling tongue admit. / What should poking-sticks make there, / When the ruff is set elsewhere?” The title poem is by John Wilmot, Earl of Rochester, infamous 17th-century bisexual libertine whose X-certificate verses leave little if anything to the imagination. The same goes for Stella Gonet’s passionate – no, let’s not mince words, pornographic – reading of Swinburne’s “In the Orchard”. And prurient to boot, because the lovers writhing in the moonlight are clearly male. “Nay, slay me now; nay, for I will be slain; / Pluck thy red pleasure from the teeth of pain . . . Slay me ere day can slay desire again; / Ah God, ah God, that day should be so soon.” Erotic doesn’t have to be hot and sweaty. Heaven forbid that anyone should mention sweat and Emily Dickinson, belle of Amherst, in the same breath, but something surely must have loosened just a little, a hairpin, a button, as she wrote “Wild nights! Wild nights! / Were I with thee, / Wild nights should be / Our luxury! // Futile the winds / To a heart in a port, / Done with the compass, / Done with the chart. // Rowing in Eden! / Ah! the sea! / Might I but moor / Tonight in thee.” With contributions from Hafez, Baudelaire, Tsao Chih, Whitman etc, you get a feel for what turns lovers from other cultures on. Long hair does it for Persians, knitting for Chinese. My favourite is “The Connoisseuse of Slugs” by Sharon Olds, which disgusted me first time round – I hate creepy crawlies – but now makes me laugh out loud. She’s right – erotic doesn’t have to mean serious, either. Sex can be hilarious, especially when you’re comparing naked men becoming aroused to the little knobs popping out at the top of a slug’s antennae: “The slow / elegant being coming out of hiding and / gleaming in the dark air, eager and so / trusting you could weep.” Bravo, Ms Olds.

Of course, the word love (derived from the Sanskrit lubh – to desire) has come to denote a variety of meanings in our language. As so often, the Greeks had a word for it – three in fact – but it was eros which indicated sexual love.

As in all literary genres, poetry reflects the time and society in which it is composed. This is perhaps particularly apparent in literature which concerns itself with matters of love, and especially sexual love.

The well-documented Victorian period stands as an obvious example of repression (though often accompanied by hypocrisy) and represents one extreme on the scale of tolerance. The sexual revolution of the 1960s and the liberation it heralded (in matters sexual, as well as self-expression) typifies the other. Thus, nineteenth century prudery can give rise to a slightly amusing use of metaphor which may not always be immediately apparent.

On the other hand, the sixteenth and seventeenth centuries produce literature which is far more forthright while often retaining great beauty of language and form – and a seductive tenor. Rochester, for example, is a particularly good example of the sexual freedom and bawdiness which came to symbolise the Restoration.

This collection draws mainly on poetry from the English language though French literature is also represented with poems by Baudelaire, Verlaine and Rimbaud. There is a rich sensuous tradition in the East as well, and we have poems from the Chinese, Sanskrit and Arabic.

This collection has been structured in three ages and, inevitably, there are more poems written from a youthful perspective than from a maturer point of view. Clearly, this does not mean that these poets were young when they wrote these lines, but rather indicates the ideal of young love.