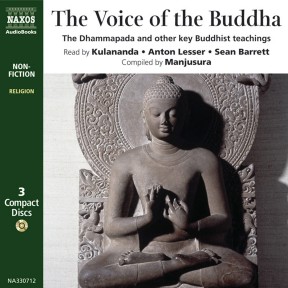 The Voice of the Buddha

The Dhammapada, The Mangala Sutta and other key Buddhist texts

The Dhammapada is the single most important extant Buddhist text. It is unquestionably ‘the voice of the Buddha’ where many of his key ideas are presented in a cogent verse form. It opens ’All that we are is the result of what we have thought’ and each of the twenty-six sections is clearly introduced. Also included on this recording are other key Buddhist concepts illustrated by original texts. A unique concept recording.