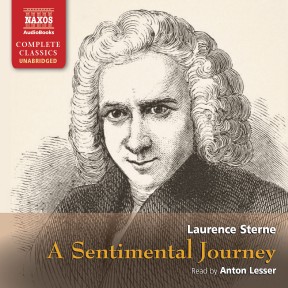 Published just months before his death in 1768, A Sentimental Journey is Sterne’s lightly fictionalised account of his own European travels; and being Sterne, it is more about digressions, misunderstandings and risqué jokes than the places he visits. Narrated by the (apparently) innocent Parson Yorick, who appeared in Sterne’s other masterpiece, Tristram Shandy, it is full of anecdote and incident, and is far more about the people than the landscapes on the road from Calais. Despite the title, any sentimentality is offset by the elegance of the writing, the engaging companionship of Yorick himself and the constant, playful surprises.

This eccentric travelogue by the author of Tristram Shandy, published just three weeks before he died in 1768, was a significant influence on the genre well into the 19th century. Rather than just showing off their classical education, travel writers felt free to express their personal opinions. A Sentimental Journey, marginally less shambolic than its predecessor but just as funny, purports to be the narrator Reverend Mr Yorick’s account of his erratic transcontinental journey through France and Italy, featuring characters we met in T Shandy. It comes as no surprise that we never actually reach Italy. Instead we linger in France, witnessing Yorick getting into all kinds of scrapes and amorous dalliances in Calais, Paris and Versailles, sharing lentil soup and wheaten bread with farmers and his room in an auberge with a beautiful stranger and her lady’s maid. You don’t read Sterne; you let him wash over you slowly like a warm bath.

From the same source comes A Sentimental Journey by Laurence Sterne, author of Tristram Shandy. Read by Anton Lesser, this tale is a lightly fictional account of the author’s own European travels. Full of elegant writing, it is in many ways more about digression, misunderstandings and some risqué jokes than the places he visits, in this case France. Listening to this audiobook was a most enjoyable experience that I would not have wanted to miss.