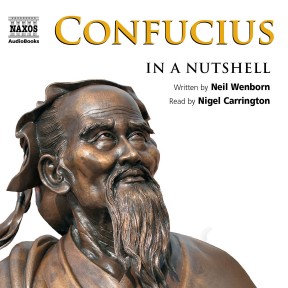 Confucius – In a Nutshell

Confucius stands alone among the world’s great thinkers. Perhaps no other teacher has exerted so powerful a hold over so many people for so long. For two and a half millennia his sayings, preserved and developed by generations of his followers, have shaped the cultural and political life of the world’s most populous nation, and they continue to offer fresh insights for today’s globalised society. This audiobook sets Confucius’s life and teachings in the context of the long history of China, and examines the origins, meanings and influence of one of history’s most enduring philosophical traditions. 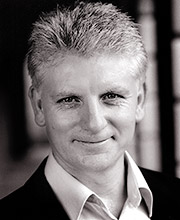 In China, apart from a period in the twentieth century, the influence of the moral philosophy of Kong Fuzi (Confucius) has lasted for 25 centuries. This is one of the excellent and expanding Naxos ’In a Nutshell’ series which comes with an erudite booklet placing Confucius in context. The slim volume which distils the branches of his philosophy, Analects, is explored showing how many tenets (’Do not impose on others what you yourself do not desire’) are subsumed into world religions.

When I began to listen to this CD, I knew absolutely nothing about Confucius and Confucianism. Now I know that there was a historical Confucius (a latinizing of his Chinese name). He was born in mid-6th Century B.C.E. and wrote the Analects which is a collection of brief aphoristic precepts on personal, social and governmental morality. Other books have accreted to the Analects, including one by an ancient interpreter, and they form the written philosophy. The central aphorism of Confucianism is very similar to the Golden Rule in the Judeo-Christian moral systems. Do unto others as you would have them do to you. Other important aspects are self-control and thinking on a larger social scale as opposed to the usual small scale of self-involvement. He taught by comparing behavior. Confucius believed in destiny. To attain governmental appointments in the Chinese bureaucracy, candidates were quizzed on the precepts of Confucianism from the middle ages until 1905. Confucianism is having a resurgence both in China and the West. The audio book is nicely divided into historical, philosophical and social facets of Confucianism. Narrator Nigel Carrington, television and voice-over actor, speaks clearly with a soft British accent and conveys the meaning of the written words consistently. This is an excellent introduction to the precepts of Confucianism and its role in history. I look forward to reviewing others in this series.

These are just three of the hundreds of sayings attributed to Kong fuzi, or Master Kong, an obscure teacher who lived two and a half millennia ago in a backwater of the region we now call China. Some-times pithy, sometimes conversational, occasionally enigmatic, often profoundly searching, those sayings form the basis of one of the world’s most lasting cultural traditions – a tradition which, over the course of 25 centuries, has, arguably, shaped the lives of more people than any other. As the fountainhead of that tradition, Kong fuzi, universally known in the West as Confucius, is one of the undisputed giants in the history of human thought. Indeed, he is arguably the most enduring of all the world’s great thinkers.

His self-image
was that of a
conservator,
not an innovator,
a conduit rather
than a wellspring

Confucius is many things to many people. He has been seen as an agnostic and as the founder of one of the world’s great religions. He has been hailed as an egalitarian in an age of autocrats, and condemned as an elitist in an age of democracy. For some he is a peddler of ancient superstitions, for others the model of a rational humanist, even a distant ancestor of the European Enlightenment. Celebrated as a source of inexhaustible wisdom, he has also been derided as a music-hall caricature, spouting banalities in mock-oriental patois.

But whichever Confucius we choose, there is no sign of him going away. Born in the sixth century BCE,1 he is still a living presence on the world stage. His teachings, accorded the kind of reverence we associate more with prophets than with philosophers, formed the basis of the educational and political system in China into modern times. As late as 1906 ritual sacrifice to Confucius was raised to the same level as sacrifice to Heaven and Earth, by becoming one of the Great Sacrifices performed by the Emperor himself. And only in 1905 did detailed study of the Analects – the slender volume with the strongest claim to represent Confucius’s actual words – cease to be a requirement for entry to the Chinese civil service. After years of official censure during the 20th century, Confucianism is again widely studied in universities throughout China, and popular interest in Confucius himself has reached new levels in East Asia and beyond. At the beginning of the third millennium, far from withering away under the glare of modern communications, this figure from the distant past is the subject of a blockbuster movie, a multi-episode television series, and a self-help guide whose sales worldwide are numbered in the millions. His insights continue to serve, as they have served so often in the past, as touchstones for the moral health of the individual, the family and the body politic.

Confucius has often been described as the founder of a new school of thought. He has even been seen to stand in the same relation to Confucianism as the Buddha stands to Buddhism or Christ stands to Christianity. But his self-image was that of a conservator, not an innovator, a conduit rather than a wellspring. Like many of his contemporaries, he looked to the past as a golden age of social and political harmony, and sought in its values a means of navigating the present and of shaping the future. In particular, he looked to the time, some 500 years before his birth, when the Zhou established themselves as what would prove the longest-lasting of all China’s ruling dynasties. In this sense, Confucianism might be said to have begun centuries before Confucius, just as it continued for centuries after him; and Confucius’s own career might be likened to the neck of an hourglass, concentrating the accumulated wisdom of the past and passing it on to expand once more in the minds and lives of future generations.

This audiobook sets Confucius’s thought in the wider context of political and intellectual life in China, from the earliest times to the present day. It looks at what can be reclaimed of his life and character from the accretions of fact, speculation and myth that gathered around his name in the centuries after his death. It also examines what, through the mists of 2,500 years, can be glimpsed of his original teachings, and how those teachings were developed and remodelled, sometimes almost beyond recognition, in the hands of later generations of his followers. It is a long and complicated journey through what, to Westerners at least, is frequently unfamiliar territory. But it is also a journey in the company of a man whose voice seems often to belong as much to our time as to his own, and whose values remain central to our understanding of what it means to live a good life in an ever more interconnected global society.