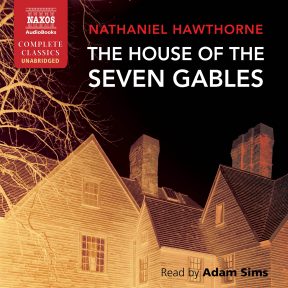 The House of the Seven Gables

‘To inherit a great fortune. To inherit a great misfortune.’ These words, from Nathaniel Hawthorne’s notebook, neatly encapsulate the theme of The House of the Seven Gables – that of a family whose fortunes are poisoned by its past misdeeds. The sins of the Pyncheon father are visited upon his children over a period of several generations, until such time as one of his descendants unites with a member of the family he has wronged. Love conquers hate, and new blood washes away the original crime. This intriguing and insightful novel truly deserves its significant place in the canon of American literature.

Nathaniel Hawthorne’s tale of the Pyncheon family’s travails in a haunted house in Salem influenced Charles Dickens’s Bleak House and was praised by Edgar Allan Poe and Herman Melville. Prepare yourself for an extraordinary tour de force, a gothic thriller in which every lovingly honed phrase counts: ‘Under those seven gables… through a portion of three centuries, there has been perpetual remorse of conscience, a constantly defeated hope, strife amongst kindred, various misery, a strange form of death, dark suspicion, unspeakable disgrace.’

Adam Sims adopts a soft New England voice well matched to the author’s background. He is equally convincing as sinister Judge Pyncheon, radical-minded daguerreotypist Holgrave and aged Aunt Hepzibah, whose ‘very brain was impregnated with the dry-rot of [the house]’s timbers’. A memorable addition to Naxos’s fine stable of classic novels.