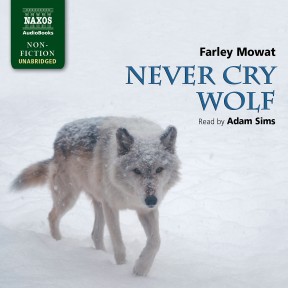 More than half a century ago, the naturalist Farley Mowat accepted an assignment to investigate why wolves were killing Arctic caribou. Mowat’s account of the summer he lived in the frozen tundra alone – studying the wolf population and developing a deep affection for these wild creatures (who were no threat to caribou or man) – is today celebrated as a classic of nature writing, at once a tale of remarkable adventure and an indelible record of the myths and magic of wolves. Never Cry Wolf was made into a major motion picture by Walt Disney Productions. 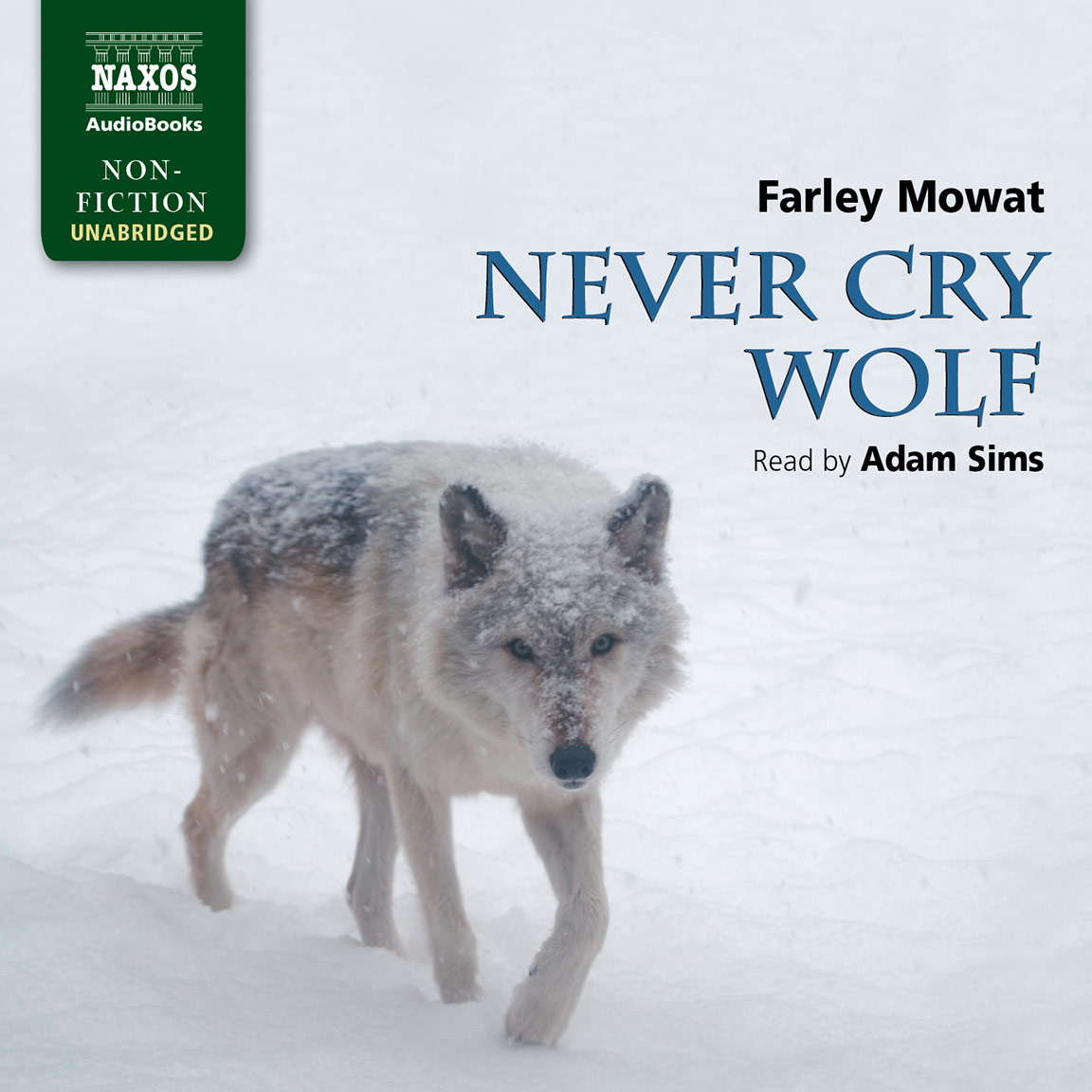 The Canadian naturalist Farley Mowat, now approaching 90, is too little-known in the UK: think of Gerard Durrell crossed with Garrison Keillor. He is renowned for his books on the Inuit and the animals that they hunt. Never Cry Wolf, a myth-breaking study of wolf-pack organisation, altered the general perception at the time of wolves as unmitigated evil. It is also an hilarious satire on state bureaucracy that finds Mowat dumped in the middle of a frozen lake with a mountain of supplies and an utterly useless canoe. His mission is to prove that wolves are destroying indecent numbers of caribou. Instead, he finds that they live as much on mice and fish as on deer, and normally attack only the weakest members of the herd in a good demonstration of natural selection.

In 1948 Mowat was commissioned by the Canadian Wildlife Service to investigate declining caribou numbers in the sub-Arctic wastes of northern Manitoba. Mowat’s brief was to prove that wolves were to blame for their disappearance and not, as a previous researcher had suggested, the ever-increasing numbers of trophy-bagging deer hunters. After a year in the wilderness monitoring various wolf packs, Mowat reached the astonishing conclusion that the staple diet of wolves (in Manitoba in 1948, at any rate) was not deer, but mice. But wolves eat 30lbs of red meat a day. How can they carry enough mice back to their dens to feed their cubs? They eat them and then regurgitate them, that’s how. Never Cry Wolf, published in 1963, did much to change the popular perception of wolves as savage, gratuitous killers. Forget White Fang and shots of slavering packs creating carnage on fleeing caribou in David Attenborough documentaries. One day Mowat sees three wolves loping along the crest of a crag and follows them to grasslands full of grazing deer, through which they pad leisurely. ‘The scene was all wrong,’ he writes. They pass within feet of cud-chewing bucks, who turn their heads but keep on munching. Until they see Mowat, who had been skinny-dipping and hadn’t had time to get dressed. Then the terrified herd stampeded.

The Canadian wolves ignored Mowat when he first arrived in the Arctic to study them. Their indifference allowed him to observe every part of the predators’ lives: monogamous reproduction, a nuclear family, and a surprising diet. Sentimentalists’ complaints to the government that “the wolves were killing all the deer” caused Canada to send Mowat to investigate the claim. Narrator Adam Sims makes listeners feel welcome. His soft, youthful voice becomes plausible as the author’s; he recounts the expedition as if from memory yet makes the scientific discoveries unfold with the drama of a novel. He also creates a cast of wolf pack members and the shy Eskimos who become the conservationist’s close friends and teachers. This 1963 book became a classic that shifted the public’s perception of wolves.

What a pleasure to become reacquainted with Farley Mowat’s adventures with the wolves in the subarctic regions of Canada. On his first assignment for the Canadian government in the late 1940s, he is given a lot of rules to follow, a ton of stuff, but no clear way to get where he is going. The first few chapters are funny and replete with how bureaucrats don’t seem to get it. Luckily when he finally arranges transportation (and hides his heavy supplies in the canoe on the underside of the plane overloading it) his radio expires because there is no way to run it after the batteries are used up. Having gone there to investigate the declining caribou population and with the officially preconceived notions that wolves are deadly predators needing to be exterminated, his intimate observations of the wolves endear them to him and to his listeners and prove not to be such deadly predators. Anyone who ever enjoyed Gerald Durrell’s Birds, Beasts and Relatives will enjoy Farley Mowat’s experiences with the wolves. There are many humorous incidents as Mowat seems to relish laughing at himself. British trained television and theater actor Adam Sims (Band of Brothers and the RSC’s Alice in Wonderland) has a young voice which he deepens for the Inuit who becomes Fowat’s friend, mentor and colleague. Sims appears to enjoy what he is reading and sharing it with all of us.

When I began Never Cry Wolf 30 years ago, I intended to cast the wolf in a rather minor role. My original plan was to write a satire about quite a beast – the peculiar mutation of the human species known as the Bureaucrat, who has become the dictatorial arbiter of all our affairs. I also thought it might be fun to take the mickey out of the new high priests of our times, the Scientists, who now consider themselves the only legitimate interpreters of Truth.

With malice aforethought I deliberately set out to expose those new would-be rulers of our world or, rather, to let them expose themselves in the pages of a book. But somehow I found myself losing interest in their bureaucratic and scientific buffoonery and becoming increasingly engrossed with what had originally been my secondary character: the wolf.

Never Cry Wolf was not kindly received by some human animals. Because it is my own practice never to allow facts to interfere with the truth and because I believe that humor has a vital place in helping us understand our lives, many self-ordained experts derided the book. Some dedicated wolf haters, including the far-flung network of those who kill for sport, went so far as to claim it was an outright work of fiction. Others brushed it aside, claiming it was invalid because its author was not a bona fide scientist with at least a doctoral degree. For the most part I ignored this yapping at my heels, but perhaps now is a good time to turn, if briefly, upon the pursuing jackals – which is what a proper wolf would do.

Never Cry Wolf is based on two summers and a winter that I spent in the subarctic regions of southern Keewatin Territory and northern Manitoba as a biologist studying wolves and caribou. For most of that period I was employed by the federal government of Canada, and a report on the wolf studies I conducted has been on file with my employer since 1948. As to my qualifications: I possess six honorary doctoral degrees, which suggests that at least six universities consider me and my work worthy of academic recognition.

While it gives me pleasure to have earned the right, on the basis of these honors, to be called Dr. Sextus, it gives me even greater pleasure to note that almost every facet of wolf behavior described by me has since been rediscovered by the selfsame scientists who called my studies a work of the imagination. Some imagination!

Unfortunately, my major contention – that the wolf does not pose a threat to other species and is neither a danger nor a real competitor of man – remains largely unaccepted.

Until about 400 years ago the wolf was second only to man as the most successful and widespread mammal in North America. There is extensive evidence to show that, far from being at enmity, the

wolf and hunting man worldwide enjoyed something approaching symbiosis, whereby the existence of each benefited the existence of the other. But after European and Asiatic men began divesting themselves of their hunting heritage in order to become farmers or herdsmen, they lost this ancient empathy with the wolf and became its inveterate enemy. So-called civilized man eventually succeeded in totally extirpating the real wolf from his collective mind and substituting for it a contrived image, replete with evil aspects that generated almost pathological fear and hatred. European man brought this mind-set to the Americans, where, spurred on by bounties and rewards and armed with poison, trap, snare, and gun (together with new weapons provided by an enlightened technology, including helicopters and fragmentation grenades), we moderns have since waged a war to the death against the wolf.

Of the 24 wolf subspecies and races inhabiting North America at the beginning of the European invasion, seven are now extinct and most of the remainder are endangered. The wolf has been effectively exterminated in all of the south-central portions of Canada, in Mexico, and in almost all of the United States south of Alaska. However, until recently an estimated 20,000 still shared the forests and arctic tundra with multitudes of moose, deer, caribou, and elk. Now the use of aircraft, snowmobiles, and all-terrain vehicles has enabled such numbers of sport killers to penetrate this relatively inaccessible region that the stocks of ‘big game’ animals therein have been dangerously depleted. This has ignited a furious and duplicitous outcry from hunters, outfitters, guides, lodge owners, and other financially interested parties against the wolf: ‘Wolves are destroying the game animals – our game animals! The wolves have got to go!’

Who listens to this accusation? Governments listen. Most, if not all, provincial and state departments of fish and game are little more than Trojan horses of the sport killer lobby. And that lobby is extremely well organized and funded. Its members bring almost irresistible influence to bear on governments to protect game animals from their natural predators so that sport killers can continue to find a sufficient number of live targets for their weapons.

The preponderance of expert, independent opinion (as distinct from that of hired-gun biologists employed by government game departments) agrees that the wolf serves a vital role in maintaining the long-term well-being of its prey species, is not a threat to human beings, is responsible for only minor losses of domestic stock, and for the most part will not even live in proximity to human settlements or agricultural enterprises. This is the truth of the matter.

We have doomed the wolf not for what it is but for what we deliberately and mistakenly perceive it to be: the mythologized epitome of a savage, ruthless killer – which is, in reality, not more than the reflected image of ourselves. We have made it the scapewolf for our own sins.

There is a considerable likelihood that the holy conspiracy of government ‘game managers,’ self-serving politicos, and self-styled conservation organizations devoted to ‘enhancing’ the supply of big-game targets will succeed.

Only the most resolute and implacable resistance to this cabal of death dealers can now prevent the commission of one more major atrocity against life on earth – the annihilation of the wolf.