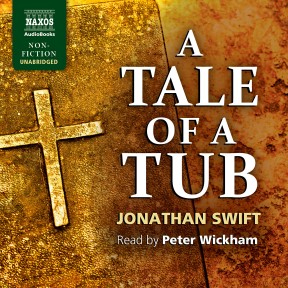 A Tale of a Tub

Swift’s allegorical satire about religion and politics follows the lives of three brothers, Martin, Peter and Jack, who each represent a faction of the Christian faith – Anglicanism, Roman Catholicism and the Dissenting faiths respectively. Each brother inherits a coat (representing religious practice) from his father (God) on the condition that he does not change it. But instead, the three quarrelsome youths disobey their father and change their coats beyond recognition. A Tale of a Tub was Swift’s first major work and was considered a personal favourite by the author.