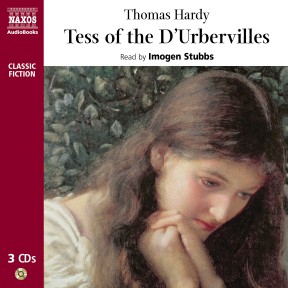 Tess of the D’Urbervilles

Socially critical and emotionally complex, Tess of the D’Urbervilles is Hardy’s masterpiece. It tells the story of Tess Durbeyfield, forced by her family’s poverty to claim kinship with the wealthy D’Urbervilles. Violated by the son Alec; her hopes of rebuilding her life with the gentle and bookish Angel Clare founder when he learns of her past. Set among the lush pastures and bleak uplands of Hardy’s imagined Wessex, and filled with unforgettable images of tenderness and tragedy, the story examines conventional morality through Tess herself: one of the best-loved characters in English literature. Sensitively read by Imogen Stubbs. 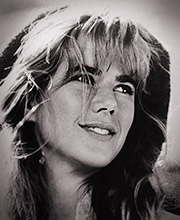 Imogen Stubbs has worked extensively on stage in the West End and across the country, with major roles in A Streetcar Named Desire opposite Jessica Lange, Uncle Vanya, Othello, Heartbreak House and the title role in St Joan. Her major film credits include Viola in Twelfth Night, Sense and Sensibility, and Jack and Sarah. She has been seen on TV in her own detective series Anna Lee, as well as After the Dance, The Rainbow, and The Browning Version.

Tess of the D’Urbervilles was Thomas Hardy’s penultimate novel, and like its successor Jude the Obscure was greeted with such opprobrium by the moralists of his time that his frustration eventually decided him to abandon the form altogether and concentrate on poetry. The principal reason for the mixed reception of both novels was their treatment of sex and marriage, topics pretty much guaranteed to drive late Victorian critics to apoplectic rants (the Bishop of Wakefield actually burned a copy of Tess; one critic of Jude threw it across the room in righteous indignation) unless the image was of a happy, sanctified union as reward for socially acceptable honour, or stoic determination, in the face of evident villainy. For Hardy, life was more profoundly complicated than that, more contingent, more driven by a combination of personality and fate. He dismissed the conventional ideas of virtue as held by his contemporary critics, insisting upon a more humane valuation of an individual’s worth, and a far less dogmatic reading of what was right and wrong. But this radical morality, and its translation on the page into literary theory, is not what makes Tess such a popular novel (such a combination rarely does) – it is the brilliant balancing of complex ideas, living characters, tragic plot and fully realised landscape all expressed by an author with a great deal to say and fully exercised literary muscles to say it with.

The story is so powerful that it can seem counter-intuitive to imagine Tess of the D’Urbervilles as a novel of ideas. The innocent heroine is seduced, betrayed and abandoned; there follow desperate and heartbreaking consequences; love found then lost; brief, sublime happiness; and then final, climactic tragedy. But this dark romance is far more than a gothic love-story. It begins when an antiquarian mentions to a feckless drunkard (Durbeyfield) that he may in fact be a member of the aristocracy, a family whose lineage was thought to have died out. The drunkard sees this as a means of justifying his constitutional laziness and thus forces his family into further indigence. Meanwhile, the adoption of an ancient name (D’Urberville) is seen by another family as a means of giving them some spurious respectability to cover their arriviste credentials. The two families are thus brought together by ancient history and new money, by the British infatuation with status as an indicator of nature, and between them they contrive to destroy the life of an innocent (well, sort of innocent. More on that later). At the same time, there runs through the story the gradual erosion of traditional farming life through industrialisation. Then there are arguments over old-fashioned theology and fanatical evangelism, as well as traditional liberal Anglicanism and the new rationalism, influenced by Darwinian theories of evolution. These themes – family, farming, faith – all reflect the idea of the old in its perpetual struggle with the new, and all are presented as possessing as many vices as virtues. That is just one of many themes throughout the novel; and they all find expression not just in pedagogic narratorial asides but in the settings, the situations, the plotlines, the brilliantly evocative tableaux, the style of the book itself and perhaps most fully of all in the characters.

Tess the book is dominated by Tess the person. She is Angel’s Arcadian ideal of innocent womanhood, his willing pupil and helpmate; Alec’s passionate victim; honest friend of the milkmaids; and hard-working provider for her family. But she is not just a passive. She also exists outside others’ imaginations, as a woman of deep and abiding love, sensual and sensuous, dutiful yet independent and concerned with her relationship to God and the Church. Hardy is ambiguously coy about his Tess. He admitted that he was effectively in love with her himself (and in later life became more than a little infatuated with an actress portraying her), and implied that there was even more to her than the readers of his book could discover. But despite declaring that she had one, he would not indicate precisely what her theology was, fudging the occasions when she could describe it. More significantly, there is the issue of will, desire and consent with regard to her involvement with Alec and (to a lesser extent) Angel. This is not to suggest that she is anything other than a victim of Alec D’Urberville; but there is an ambivalence over her desire for him. She does not leave him immediately after her rape, for example, and her eventual acquiescence to return to him cannot be satisfactorily explained entirely by necessity. She finds herself at one and the same time asking why she should be the victim of such cruelty on the part of Fate or Providence and demonstrating an independence of mind and action. This rich layering of a personality is no confined to the heroine. Angel – bookish, tender, literate, quietly rebelling against the religion of his father – turns out to be conventional, cruel and morally trite in his condemnation of Tess for not being the perfect innocent of his imagining. But he too – as Tess and Alec – is afforded the chance to change, to realise the moral and ethical value of his profoundest emotion, his truer nature, irrespective of how it offends the ludicrous and suffocating strictures of the world that saw Tess – a victim of a man’s desire – as effectively a harlot.

Nature, both in human terms and in terms of the landscape, has the same significance in Tess as the narrator or any of the characters. The Wessex that Hardy created is essentially Devon and Dorset, but it is so comprehensively recreated on the page that it has an almost tangible reality of its own. The lush pastures at milking, the desperate bleakness of the turnip fields, the veiled eroticism of the milking parlour or the misted forests are created with striking and vivid delicacy. Into these landscapes come events and characters that both propel and mirror events: the strange landmark suggesting either a holy place or a murder; the biblical messages written on buildings and by the roadside; carrying milkmaids across streams; sleepwalking to a tomb; asleep in Stonehenge. These startling and dramatic creations are all also prefigurations of the tragedy of Tess’s life, and also part of Hardy’s continuing work in linking all the issues that make up the story – predestination, free-will, organised religion, paganism, social and emotional freedom, the class system, sexual hypocrisy, money, love, lust, idealism, Paulinism, pragmatism, beauty, fate, farming, faith, family (and an almost endless continuation).

In creating arguably his greatest and most affecting tragedy, Hardy mixes his objective, ironic convictions concerning the tragedy of Tess’s fate with a passionate involvement with her, something readers have continued to do since the book was first published – except perhaps the Bishop of Wakefield.