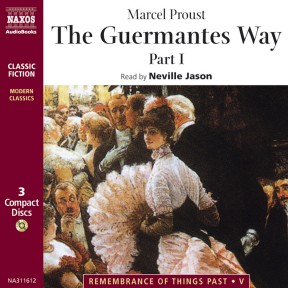 In The Guermantes Way, Part I, Marcel penetrates the inner sanctum of Paris high society and falls in love with the fascinating Duchesse de Guermantes. With his unmatched powers of observation Proust vividly describes the struggles for political, social and sexual supremacy played out beneath a veneer of elegant manners. This is the fifth part of Naxos AudioBooks’ recording of Marcel Proust’s Remembrance of Things Past.