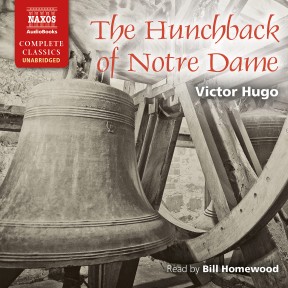 The Hunchback of Notre Dame

In the grotesque bell-ringer Quasimodo, Victor Hugo created one of the most vivid characters in classic fiction. Quasimodo’s doomed love for the beautiful gypsy girl Esmeralda is an example of the traditional love theme of beauty and the beast. Yet, set against the massive background of Notre Dame de Paris and interwoven with the sacred and secular life of medieval France, it takes on a larger perspective. The characters come to life: the poet Gringoire, the tormented priest Claude Frollo, the fun-loving captain Phoebus and above all Quasimodo and Esmeralda themselves. It is a tale peppered with humour but fuelled by the anguish which unfolds beneath the bells of the great cathedral of Paris.

When Victor Hugo was born in 1802, his father, General Leopold Hugo, apparently exclaimed, ‘He looks like the gargoyles of Notre Dame!’ When he died in 1885, he might have been taken instead for one of the marble saints which also decorate the great cathedral, such was the reverence in which he was held amongst the French people. This was because he belonged to a long line of French authors and intellectuals, from Voltaire to Jean-Paul Sartre, who took the ideals they espoused in their writings into the political arena, the courts of justice and even onto the barricades, without in any way compromising their artistic integrity.

French critics
were sniffily
dismayed by
the gothic plot

In fact, Hugo’s political career consisted of little more than a few bold skirmishes, but as a writer he commanded the heights for half a century. He was the greatest lyric poet of the French romantic movement. He also carried the romantic assault on the classical ideal to the very bastion of the old aesthetic despotism – the theatre – and triumphed. This was despite unprecedented scenes of violence amongst the audience at the first night of his play Hernani as long-haired romantics traded blows with outraged defenders of the classical dramatic unities.

However, while he was producing Hernani in 1829, his publisher was becoming increasingly impatient for the delivery of a substantial historical novel for which royalties in advance had already been paid. Hugo finally sat down to it on 25 July 1830, and finished the novel in six months, while the streets of Paris echoed to one of its periodic revolutions and his wife gave birth to a daughter.

The title he gave it was Notre Dame de Paris, and its impact was immediate and far-reaching, not least upon architecture. In fact, the preservation of examples of the gothic style in France began as a direct result of the public digestion of Hugo’s picturesque paean to the cathedral. However, the second of four separate English translations of the novel that appeared in the 1830s gave it the title The Hunchback of Notre Dame. This was an astute bit of marketing, drawing attention from matters of architecture to the fantastically conceived range of characters instead. The French critics were sniffily dismayed by the gothic plot, but not so at least one English reviewer of the time: ‘The concluding passages offer some of the most pathetic pages we ever remember to have bedewed with (irresistibly flowing) tears.’

From the grotesque Quasimodo and the terrifying spiritual gargoyle, Claude Frollo, to the angelic gypsy girl, La Esmeralda and the absurd poet, Gringoire, Hugo invented not everyday credible mortals of the imagination, but characters with a truly mythic resonance that effortlessly cross the boundaries of time and nationality. Hugo set the agenda for this novel when he wrote, concerning Walter Scott’s Quentin Durward: ‘After the picturesque but prosaic romance of Walter Scott, a different romance remains to be created…at once both drama and epic, picturesque but poetic, real but ideal, true but great, which will enchase Walter Scott in Homer.’ If in taking up his own challenge, Hugo was over-reaching himself (in standard romantic fashion) no- one could claim that his attempt was less than magnificent.